Last month, we packed a van and headed north to the gorgeous Glencoe Mountain Resort in Scotland, for the debut of The Mighty Coe, the UK’s first and only mountain festival. 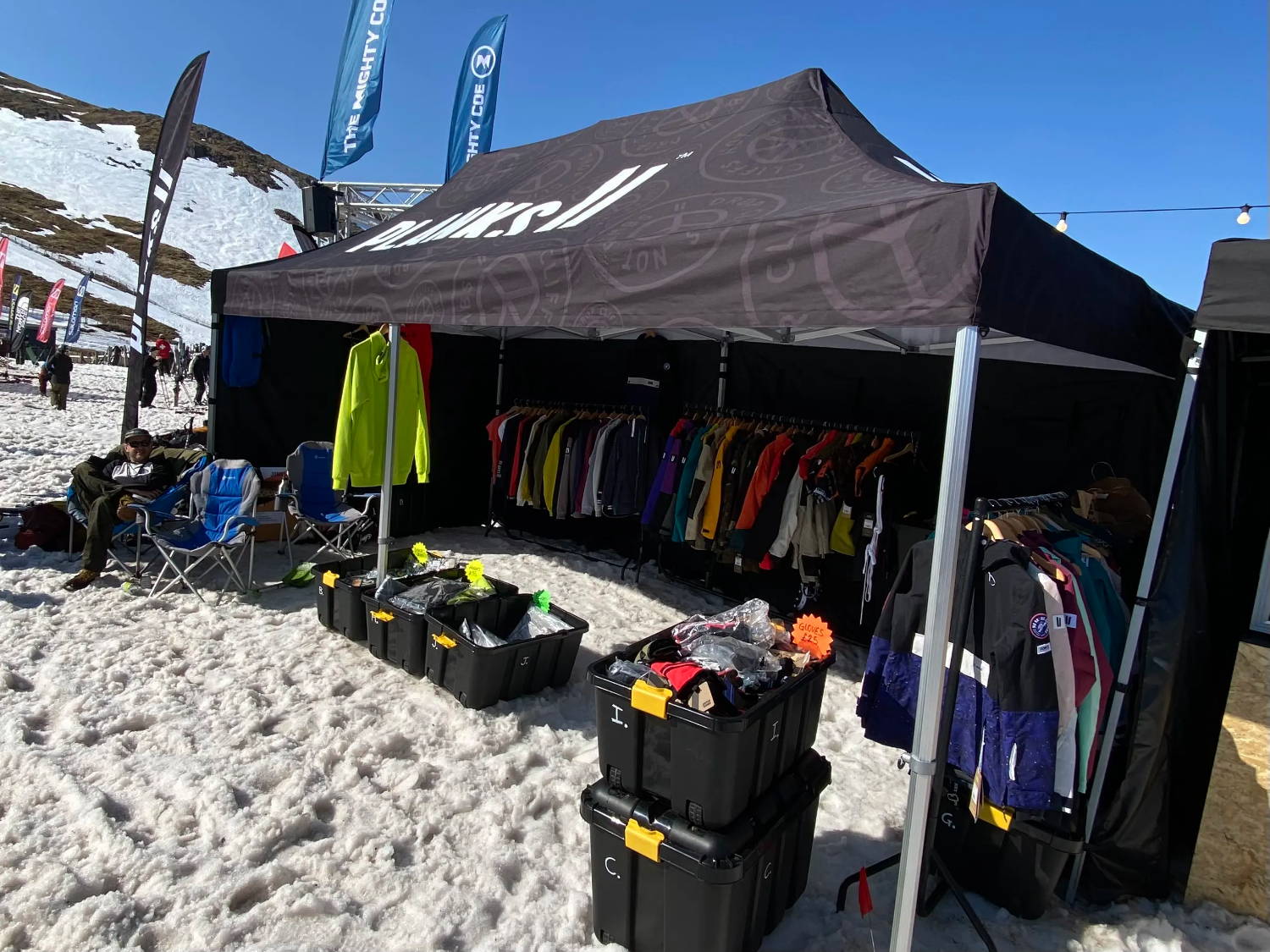 Scotland has a reputation for bitter weather conditions, with gale-force winds and Baltic temperatures. But much to our surprise, Scotland served us sizzling temperatures and sun all weekend. Speaking to the locals, they’d had nine back-to-back days of unbroken bluebirds, the best Scottish spring conditions for years. We’ll drink to that… and we did. When we weren’t skiing or selling gear, we were soaking up the sun with a can of Jubel in hand. 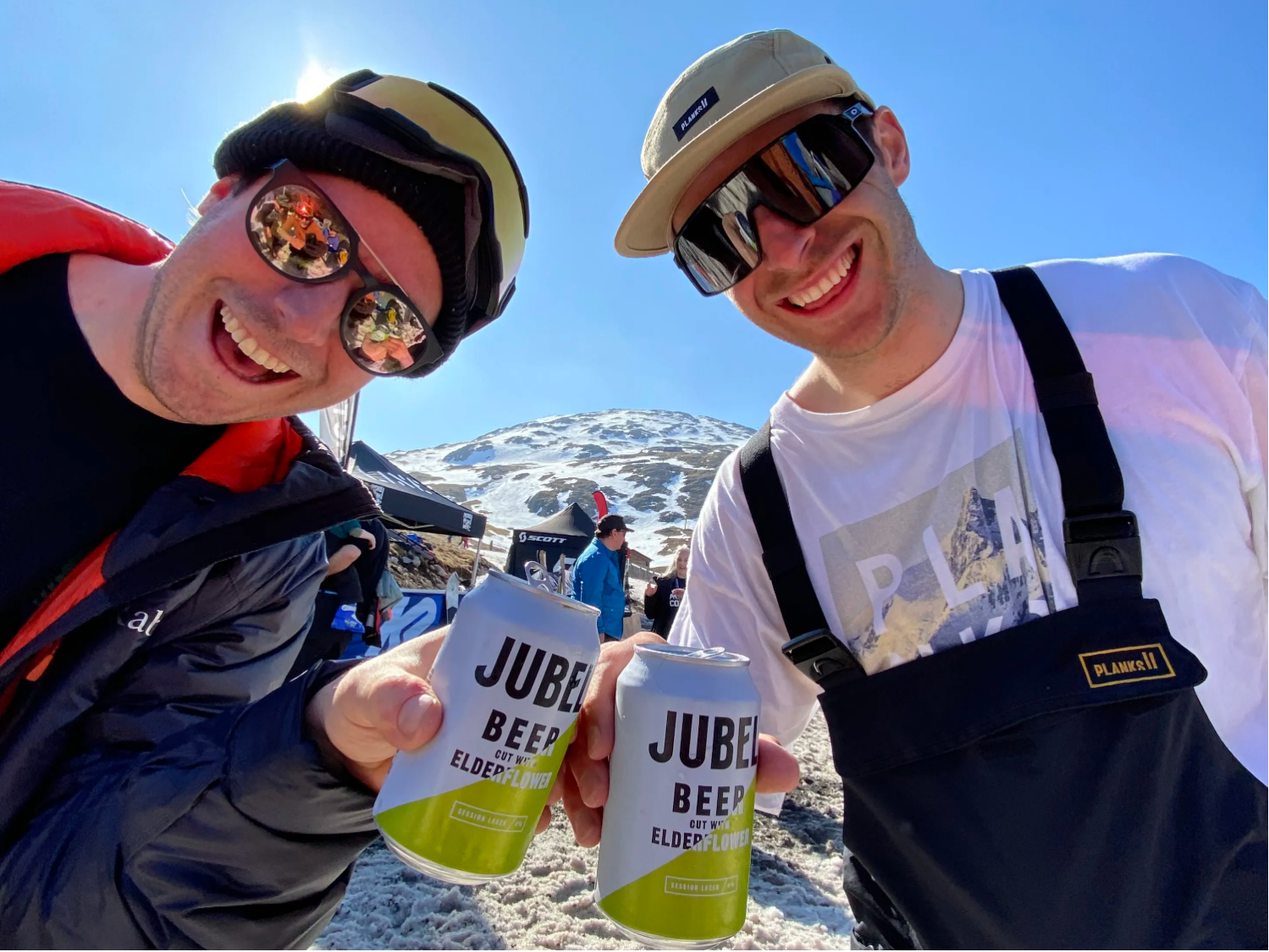 Overall, it was awesome to see most of the UK ski industry come together to celebrate what was, at most, a normal ski season. We all enjoyed two full days of music, events, demos, talks and top-notch skiing on home turf.

On March 26th, we hosted Planks’ first mountain event on UK soil, the Planks Super Jam! With bucket loads of swag up for grabs, including a set of K2 Skis thanks to Black Peak Trading, it was set to be an epic event.

The event setup was made up of two sections. The "Super Zone” with a cannon tube, rainbow rail and a hip/bonk/sender side hit. This was where most of the action was going down. Then the lower section was made up of a flat-down-flat shotgun rail and a flat box for beginners. Shoutout to the park crew (Richy & Connor) for the build, before heading to build another park for the Scottish Slopestyle Championships in Nevis Range. Also, thanks to Snowsport Scotland for moving their event to Sunday! Finally, thanks to Alex from Fauna Skis for buffing the rust off the rails to make sure they were slick as! 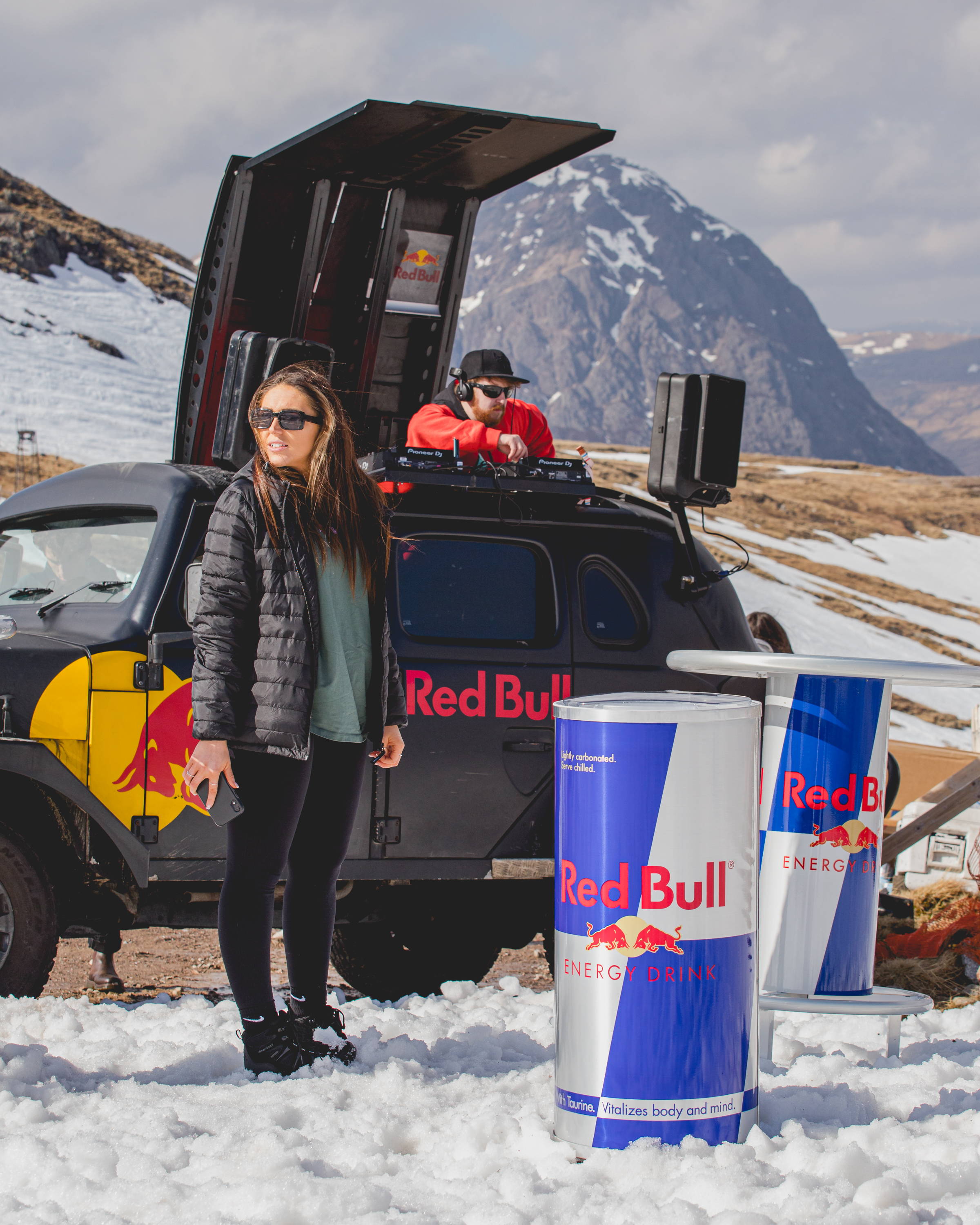 At 12:30 pm, we kicked off the warm-up and took extra registrations with our slope-side office. After a spot of uphill off-roading, our friends at Red Bull pulled up with their DJ truck, bringing some vibey vibrations for the event. They cranked the tunes; the riders turned it up and the two-hour hiking session began. 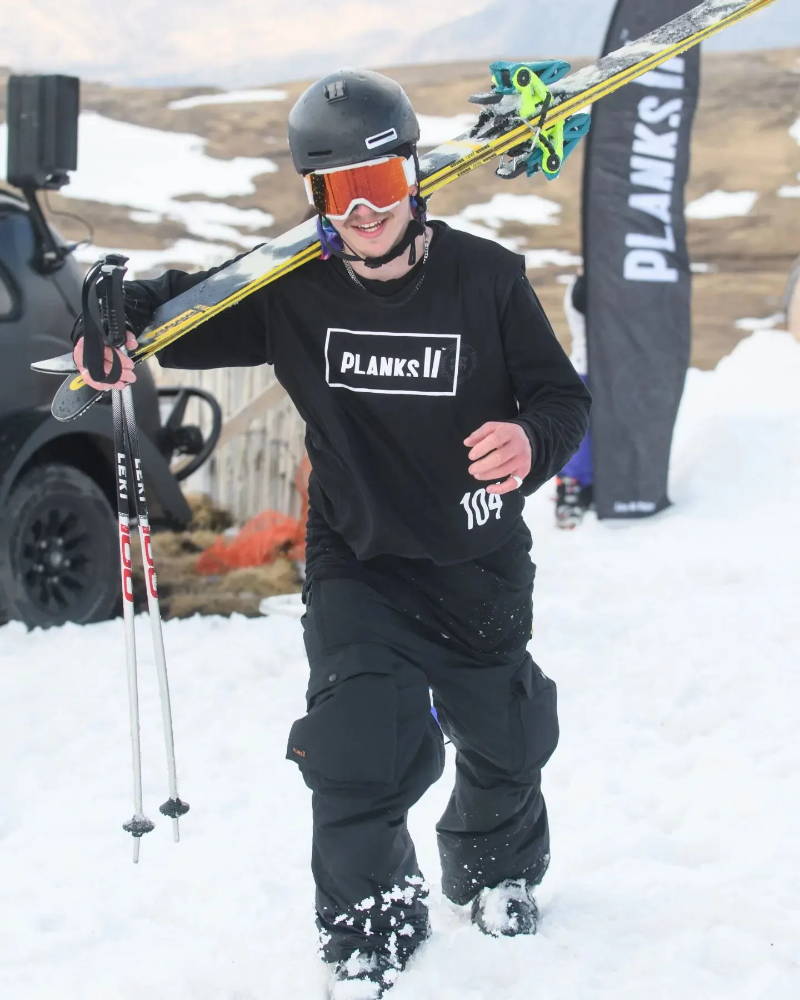 The turnout for the event was epic, with competitors travelling from all over Scotland and the North of England. From groms to seasoned shredders, or even passers-by from the piste. Everyone seemed to be playing it safe through the warm-up, then out came the spot prizes!

As we kicked off the open jam session, in came the backflips, the 630s, the backslides, the 540s and first-time rail slides. The vibe was unreal, as things started stepping up, helping to fuel the non-stop hiking. British snowboarding royalty, Billy Morgan, also popped by for a slice of the action, with a squeaky clean under flip 450 out. 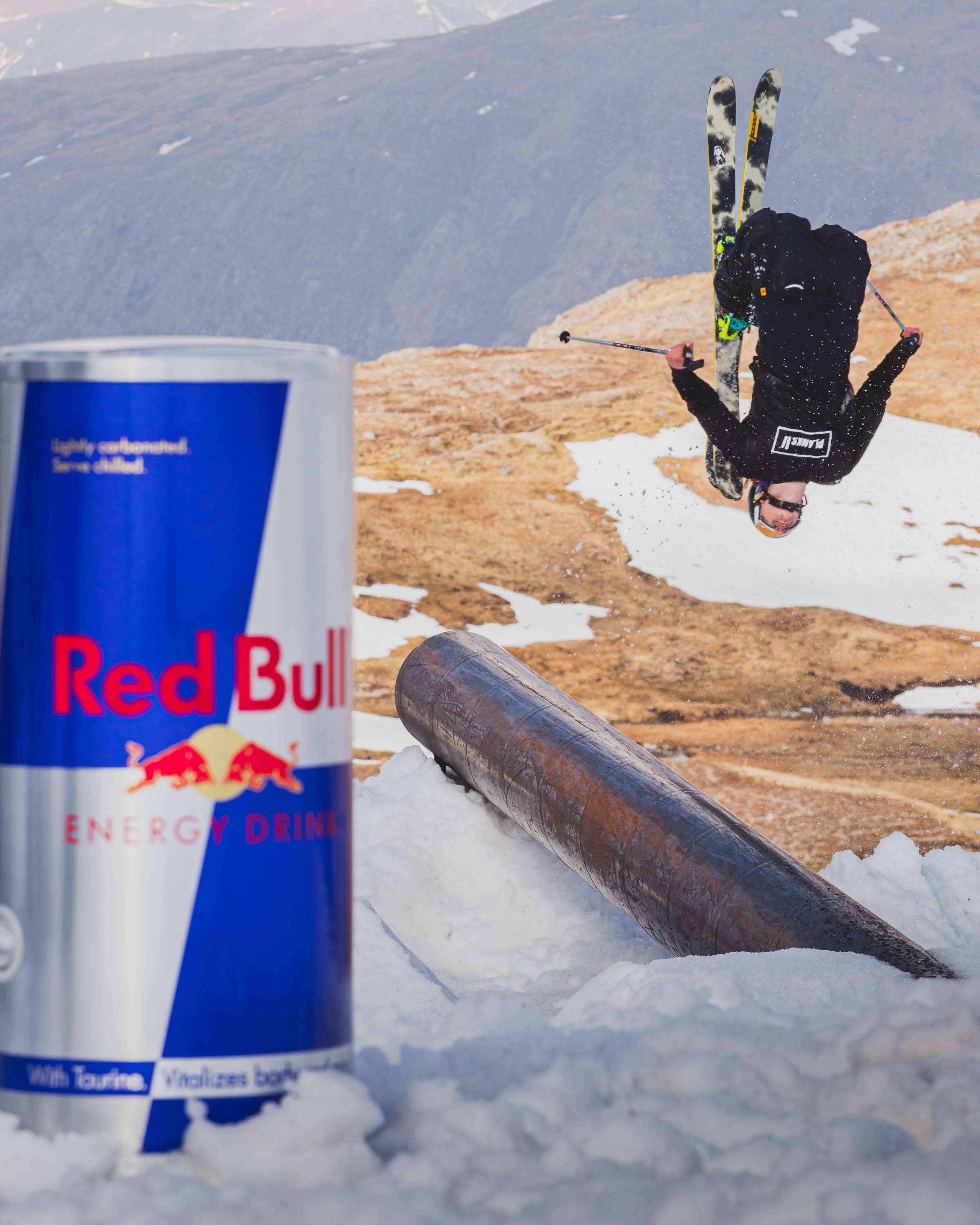 As we reached the final half-hour of the event, there was a natural break for a final reshape, as everyone took a lift lap to recharge for the final hits. We announced the park had reopened, seeing no hesitation despite hours of hiking in the heat, where a final flurry of crowd-pleasers followed. 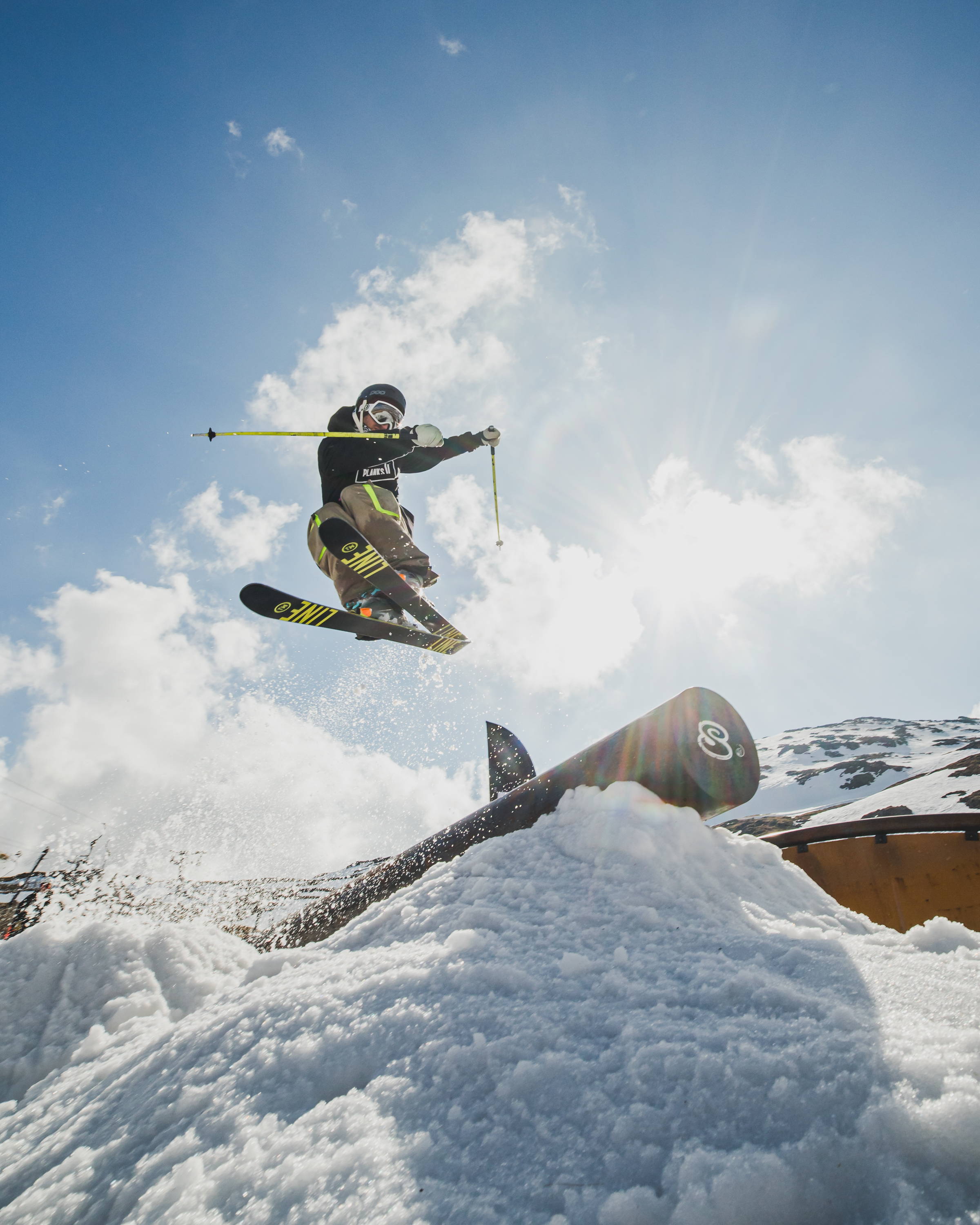 The spectators also got involved with some judging, deciding whether we should accept Jay Hebblethwaite’s insane back 810 out, due to a slight hand touch on landing. They were a hard crowd to please, so he hiked up to try again. As we reached the end of the session, it was clear who the heavy hitters were and who had bagged the swag. So, we headed up the hill to the Red Bull truck, to announce the winners. 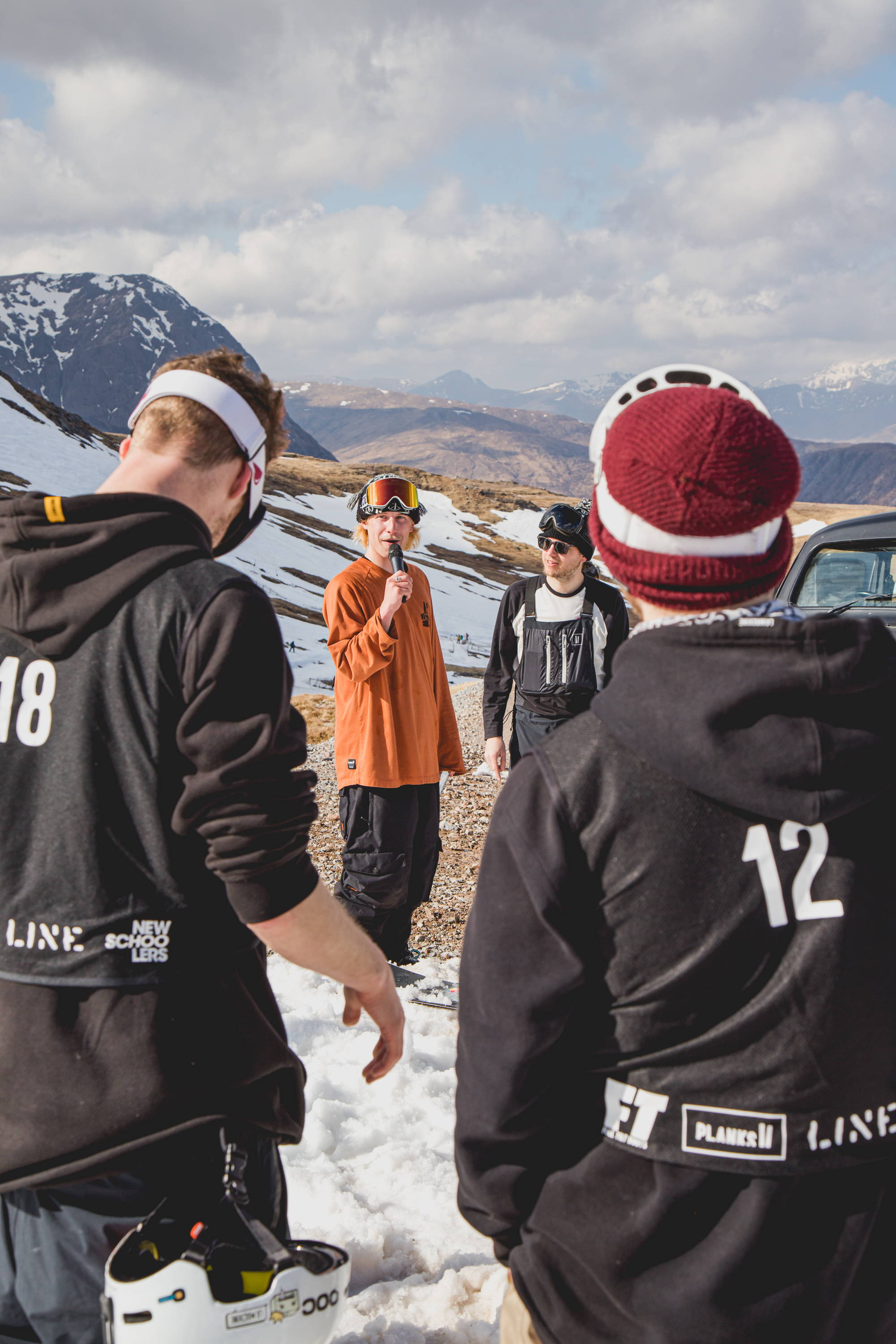 The winner of this category was an easy one to decide, with Jay throwing down all kinds of wizardry throughout the event. Taking his tech from Kendal Ski Club’s Snowflex to the slush of Scotland. From back 810s, boosty backflips, frontflips, disaster 450s and much more. He was also making use of the whole park, top to bottom. Our decision was also backed by the riders, as he was picked for Riders Choice, just moments before we announced his overall win. 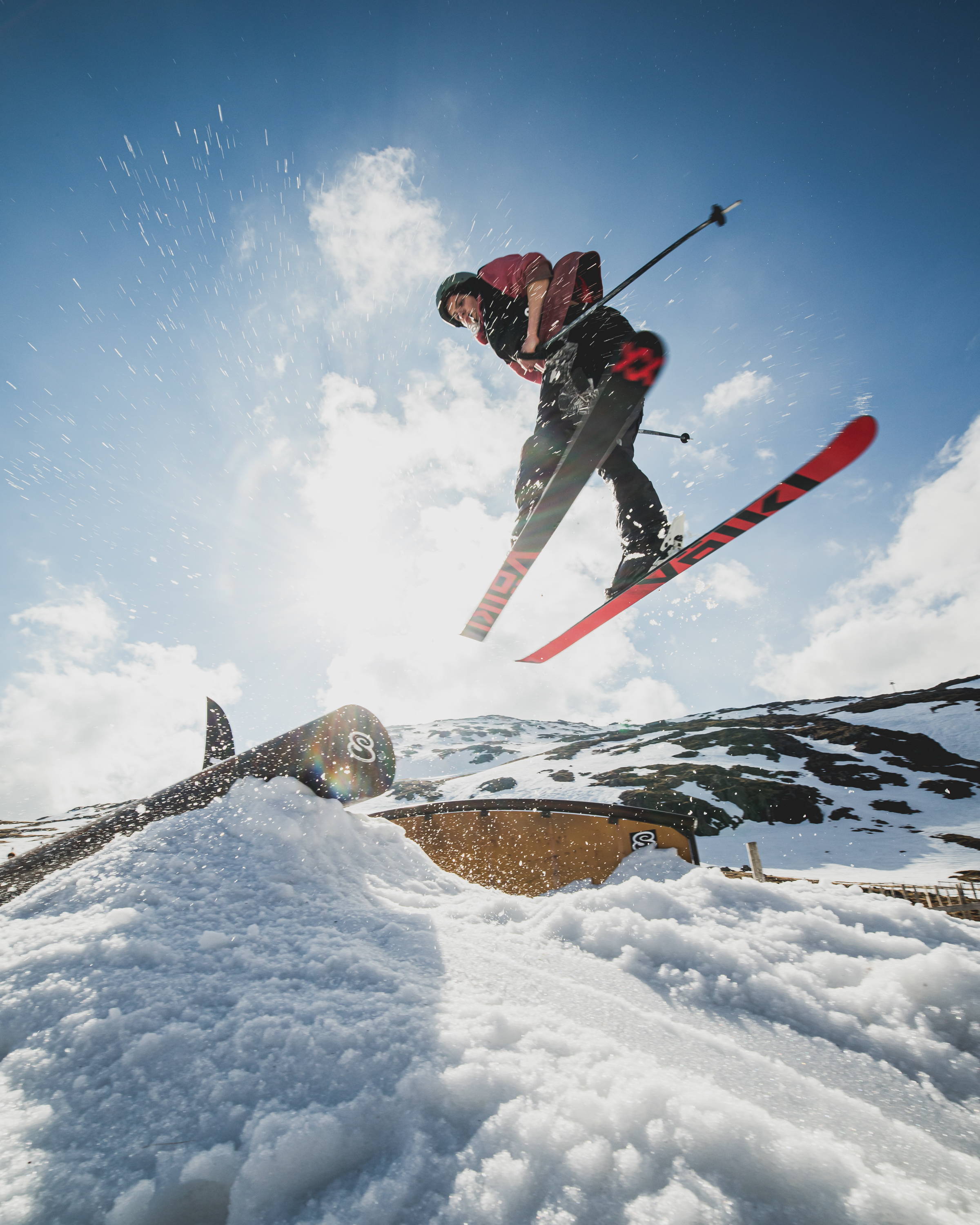 Aberdeen local, Sandra Caune, set the standard for the girls from the start. Sending 270s to the flat and getting low on the grind. Skiing at Aberdeen dryslope on the regular, with Olympian Kirsty Muir, it was no surprise that she stole the show.

People often forget that it’s not always about what you do, it’s how you do it. This is something that Blair, the winner of Best Style, visibly lives and breathes. Everything he was doing throughout the event was easy on the eye and the soul, even his crashes were somewhat silky smooth. Beyond his oozing style, Blair was looking at the course differently and getting super creative, another avenue of style. 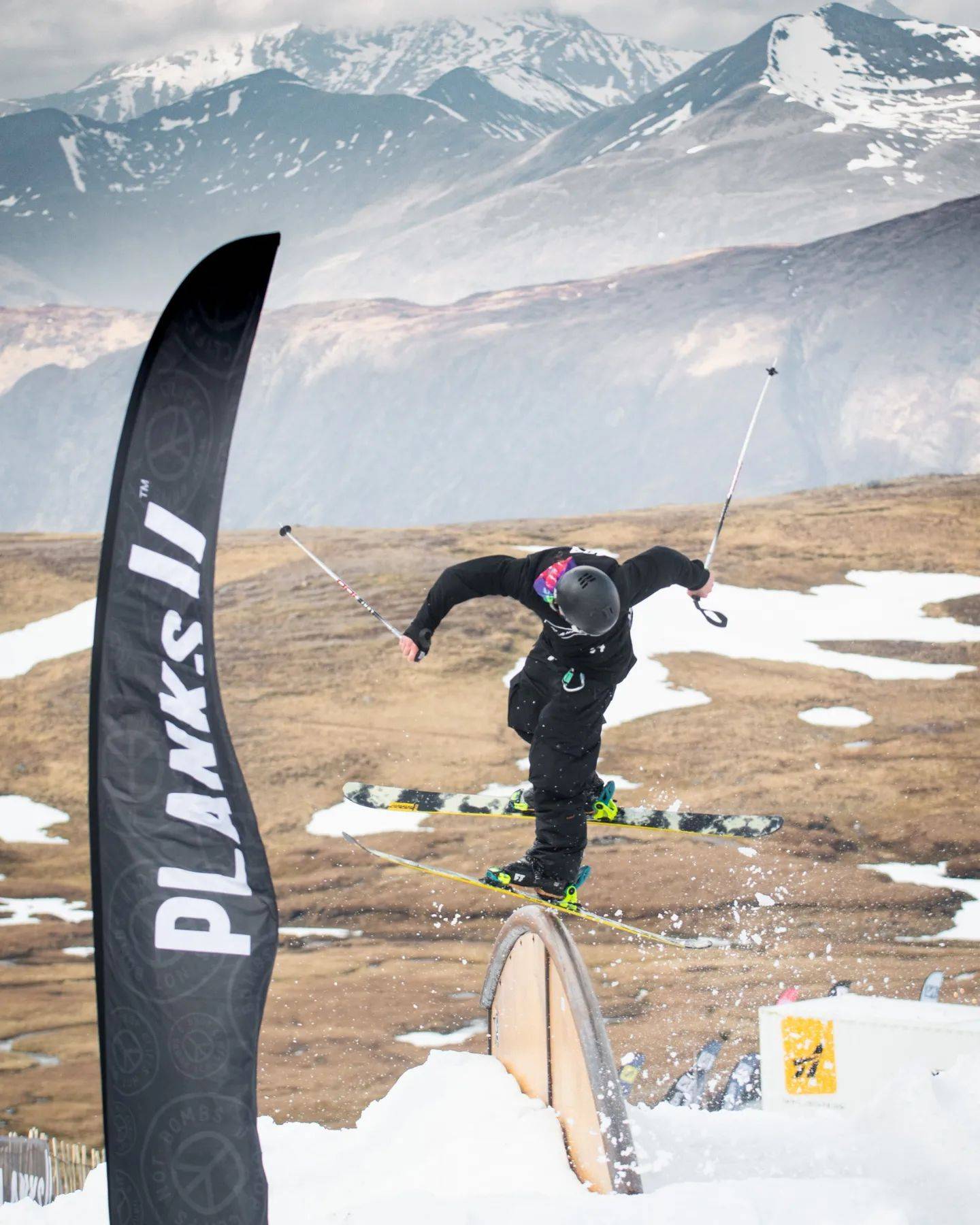 We were all a grom once, so we’ve got to give it to ‘em. Ruaraidh was our favourite grom, and by far the most determined. In the beginning he was struggling to get to the end of the cannon tube, but he kept at it, again and again. Until he finally made it to the end, and I think we were more stoked than he was.

Lewis was a late sign-up to the competition, a passer-by we convinced to get involved. He told us that he “couldn’t really do any tricks”... Then he made his way down to the Line Skis tent, to grab himself some demo twin tip skis. Then the rest was history. Lewis was hucking his meat like no one else, taking multiple heavy slams. Going on to land what looked like his first backflip, a 360 and his first rail slide. We were blown away by this dude’s energy and send-ability. Big up yourself Lewis! 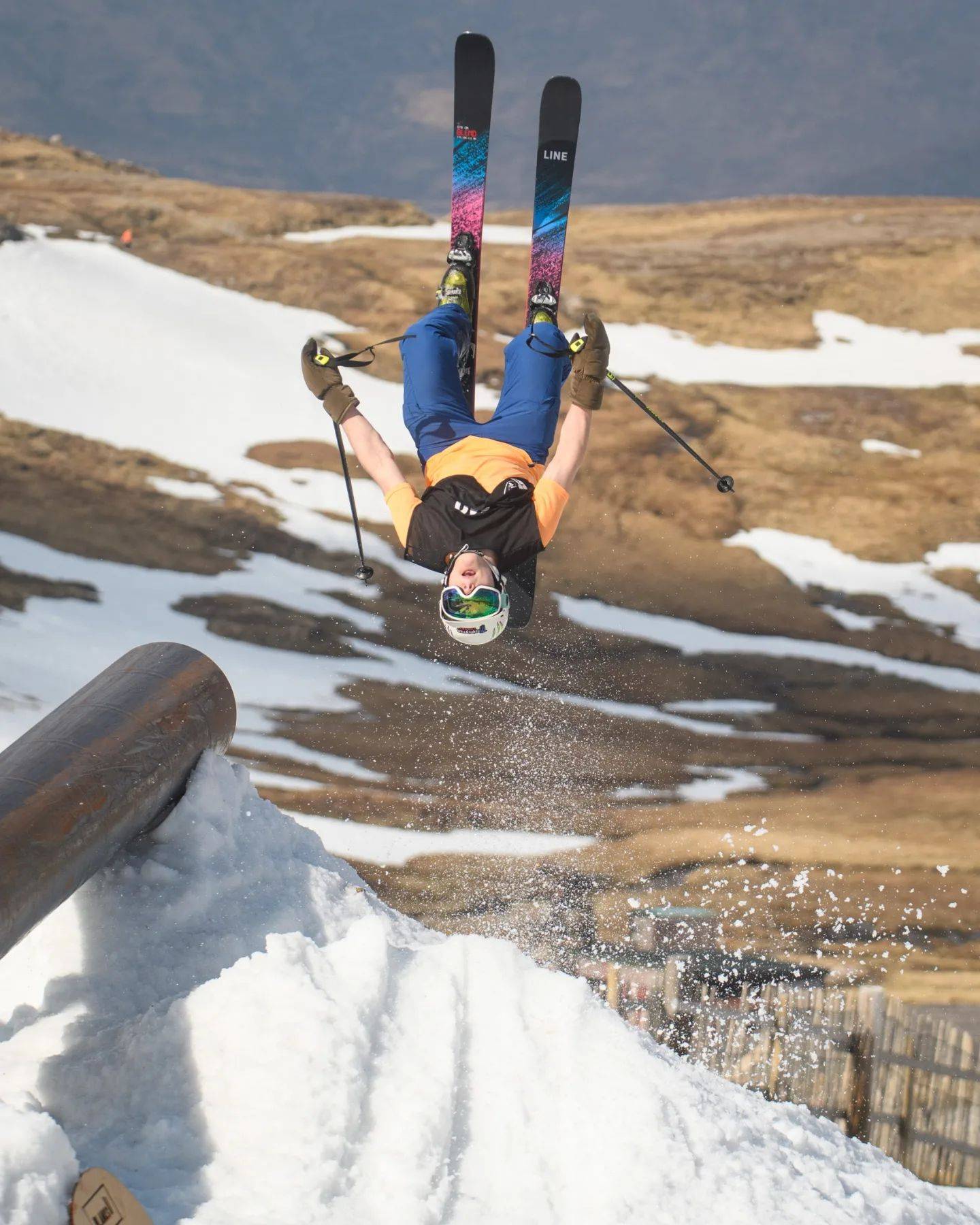 Until next time, that's a wrap! Keep your eyes peeled for more events coming soon...